There are more than 1000 Ted talk “ideas worth spreading” available online. Many of them are by women from different walks of life; from scientists to artists, writers and leaders. Watch the following Top 5 Ted Talk every woman should see:

1. Sheryl Sandberg: Why We Have Too Few Women Leaders.

Facebook COO Sheryl Sandberg discussed the challenges and emotional aspect of working in the social media industry. She provides advice for those wanting to reach to the top. Watch the video below to find out more about women and leadership.

2. Sarah Lewis: Embrace The Near Win.

Art historian Sarah Lewis looks into the phenomenon of perfection and the difficulties faced by women in attaining that, especially when you are unhappy with your work and career. She asks viewers to consider the role of the almost-failure, the near win, in our own lives.

3. Brené Brown: The Power of Vulnerability

Brene Brown explores the human connection and our ability to love and belong. She takes on vulnerability and looks into how it is essential to our success and relationships. She is on a journey to know herself and to understand humanity.

Working as a reporter Gayle discusses post-conflict female entrepreneurs in Rwanda and Afghanistan and how we can all learn from those who started their own business in some of the most difficult conditions.

An amazing and touching story by a young teenager Angela Patton along with other preteen girls who organized a father-daughter dance in the prison where their fathers were incarcerated. 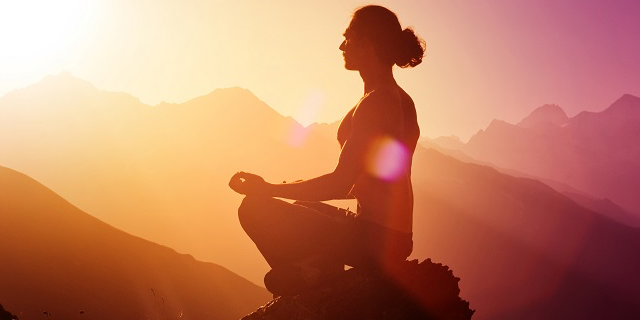 It is said that Yoga can change people’s life. At a more simplistic level, it is believed that Yoga can give a peace of mind and clear your thoughts with positive thinking- which are both connected to a feeling of happiness.

Here are some benefits of Yoga: 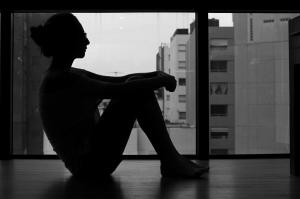 There are different ways of coping with stress, such as talking to friends and exercising. Yoga reduces stress as it helps you to relax, which is the opposite of stress. Breathing exercises and poses loosens up the tense muscles in your body.

2. Listen to your inner voice

Yoga is a process of awakening as it attunes you with your mind and soul. Certain Yoga practices such as Arsanas connects you to your spirituality through your physical being. It enables you to discover more about yourself and things that you really want in this life. Each posture is a challenge that heals the body and trains the mind, gaining access to a more tuned way of living. 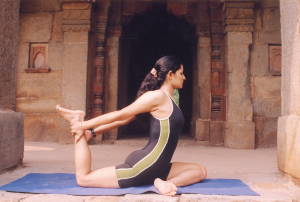 Yoga teaches us that happiness comes from within. Following a Yoga routine, you can find happiness within your self. You will come to realise that materialistic possession does not give you happiness, rather being true to yourself provides an inner bliss within us that makes us happy.

Yoga teaches you both to let go and hold on.Most of us have an active mind that is always attached to something or someone. We are consumed by the same thoughts preventing us from  allowing new thoughts to enter our mind. We are afraid to let go of our normal thoughts. Through meditation we learn to create an empty mind, giving space for other thoughts. We observe our mental patterns and begin to embrace life with everything it brings you.

Yoga has this ability to enable you to love yourself for who you are even with your imperfections. We begin to realize that when one door shuts another opens. We start to have faith in the universe and believe that you are exactly where you are suppose to be. 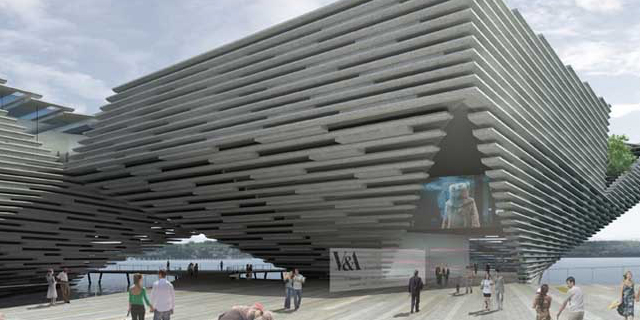 After months of frustrating driving in the city centre, the roads congested with changing traffic lights, lanes, traffic cones, fences and workers, the long-anticipated construction of the Victoria and Albert Museum has finally begun. Originally budgeted at £45 million, the long-delayed project, initially meant to open in 2014, but now predicted for summer 2018, is now estimated at £80 million, nearly doubling in price and threatening a repetition of the infamously over budgeted and long-deferred Edinburgh Trams fiasco.

Pull Quote: “predicted to bring hundreds of thousands of tourists into the city, investing millions of pounds back into the economy.”

£25 million of the budget for the museum is being paid for by the Scottish government, who according to Culture Secretary Fiona Hyslop is still fully committed to seeing the project through. Also, tackling the raised budgets, Japanese Architect Kengo Kuma changed the location of his design, moving the building fully inland as opposed to the initial site which extended the prow over the River Tay. As well as keeping costs down, Kuma’s motivation for bringing the ship back to shore was to ‘strengthen the connection between the river and the city centre.’

An international centre for design, the V&A is the UK’s first design museum outside London, and already has teams of workers selecting items to display from the Victoria and Albert Museum in London’s collections, the majority of which will relate to Scotland’s design history. But, Kuma’s winning design is just the first instalment in the city’s redevelopment of Dundee’s waterfront, set to cost £1 billion overall, but predicted to bring hundreds of thousands of tourists into the city, investing millions of pounds back into the economy, as well as generating up to 7,000 jobs through the project.

As well as the building of the V&A, the city’s waterfront will also include a new Railway Station and Hotel, central open green spaces, the construction of the Seabraes Bridge across the railway lines and the addition of Riverside Apartments.

Already awarded the UK’s first UNESCO City of Design, we can only hope that the V&A, the centrepiece of Dundee’s Waterfront redevelopment scheme, will bring the city more acclaim, bringing us even closer to winning Europe’s City of Culture as after seven years of planning construction has finally commenced. 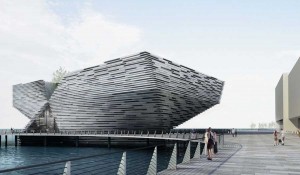 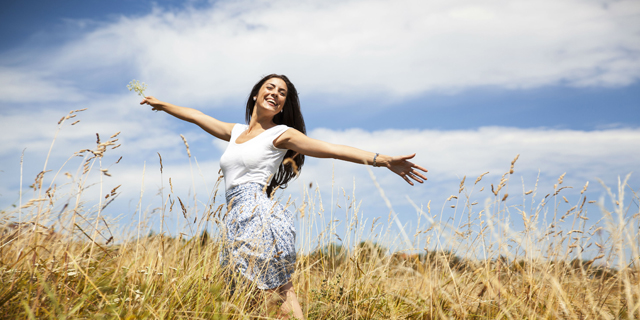 www.mentalhealth.org.uk came up with 10 simple ways that can be utilised to make the most out of our life. The article describes small changes that can be made in our daily routine that can have a great impact on our wellbeing and mental state.

Mental health is concerned with the way you feel about yourself and how you handle different situations in your life. Making practical changes to how you go about your day does not necessarily cost you anything but can have a significant effect to your mental health.

The following are 10 ways to look after your mental well-being:

1. Talk about your feelings

This is particularly effective when you are faced with a problem, doubt or feeling troubled. Talk to your loved ones or a professional about your wellbeing.

Exercise can help you lift your self-esteem, sleep better and enhance your concentration level. If the gym is not your cup of tea then take a walk in the park.  Gardening and  housework can also keep you active

There is a strong connection between what we eat and what we feel. A balanced and healthy diet would include a different range of fruits, vegetables, nuts, plenty of water, fish, and other dairy products.

People drink alcohol for different reasons. Some drink to feel happy while others to deal with loneliness. The effect of it is temporary and the damage done to the body can be severe.

Friends and family can assist you in dealing with difficult moments and stress. Stay connected with your loved ones as they can make you feel better.

We might not have the answers to everything. When things are too much to handle for us, ask for help. There are different support groups, GPs and professional available that provide assistance and can direct us to the right person to speak too.

A change in scene can always be good for your mental health. If you are feeling tired take a nap, or try yoga and meditation. Read more about how yoga can benefit you.

8. Do something you are good at

It is important to do things that you enjoy. This will help you get over the stress and boost your self-confidence.

9. Accept who you are

Be happy with the way you are. Focus on what is good for you and love yourself.

Join a charity or volunteering organization. Sharing your skills with others can make you feel better about yourself. Find out more about volunteering with us. 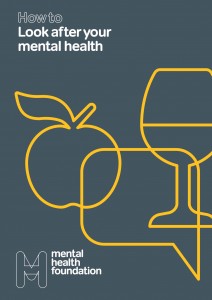 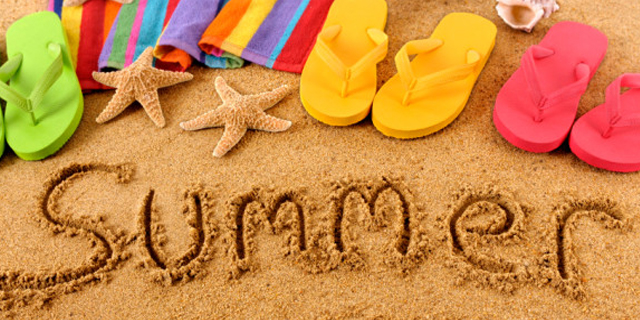 If you’re stuck for things to do with the kids this summer in Dundee, then look no further… here are six things you can get out and do:

Explore Dundee with your children on a self-guided treasure trail. This will have you discover long-lost treasures in the city of Dundee. Following a clear set of directions will take you on a 1.5-mile circular route walk to the best sites, searching for an answer to tricky clues which can be found on existing buildings, statues, and anything else. This will encourage your children to look, learn and solve exciting mysteries. 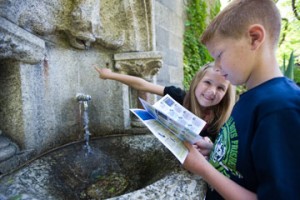 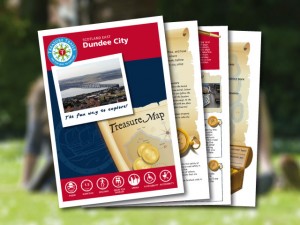 Sensation offers children an exciting day of ‘edutainment’ through interactive displays and exhibits. This is a new and fun learning program targeted towards children age 3 to 5. There will be great music, entertainment, and new ideas that will have them develop their imagination. Every week the science Centre develops new ideas and adventures, from digging fossils, climbing mountains, to swimming with dolphins. Different activities are arranged for different age groups. To learn more click here.

Tentsmuir Forest is located northeast of Fife, Scotland. With over 50 square miles, the forest is owned and run by Scottish National Heritage. You will find lots do in this forest with your children. Cycle along the kingdom of Fife to get the best view of the forest and beach. Look for seals along the sandbars and explore the reserve and forest for evidence of world war II among some of the exciting things to do here. 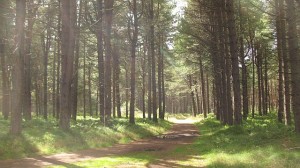 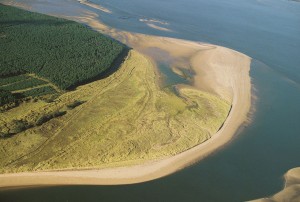 Rise & Shine mobile creche runs an annual summer play scheme. This is a structured and pre-planned 3-hour fun session during the holidays. The program runs every Tuesday and Thursday 1-3pm 7th to 23rd July 2015. Outdoor play and many other activities are designed to keep your children entertained and excited during the summer holidays. To find out more call us on 01382 462058 or Email: mail@diwc.co.uk. 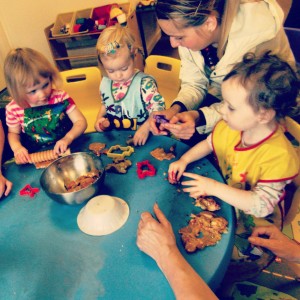 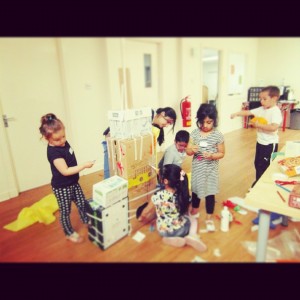 This is a 5-star award winning attraction. Its multimedia technology allows you and your kids to touch the lives of the Mills worker. Interactive exhibits show how jute fibre was grown and how it is woven. It is an exciting and unique experience your children will always remember. Click here for more information. 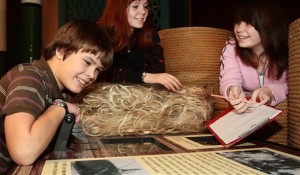 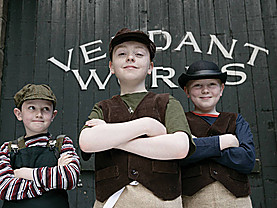 A day in discovery point is an adventure on it own. There are a number of things that can keep you and your children entertained. From art exhibitions to Audiovisual displays, computer multimedia, and digital scans.  Climb aboard on one of the most heroic voyages and discover the lives of the sailors and how they survived in Antarctica.  There are tons of things and activities organised for you and your children at Discovery point. To learn more click here. 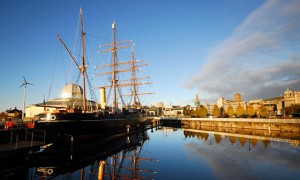 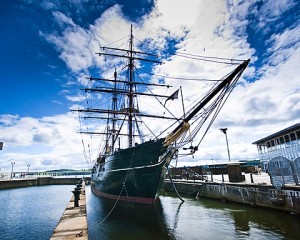