Our work is not done

Since 1969 we have touched the lives of thousands of women, prevented social isolation and loneliness and promoted community education. But our work is not over yet. We will continue to enable women to build the practical skills and confidence to make a better world for themselves and their families. 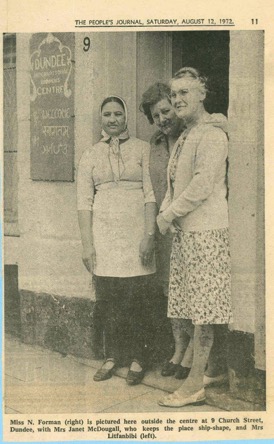 The Centre was established in 1969 as part of an Urban Aid Programme. It was based in the Educational Priority Area experiment in Hilltown area of the city. A voluntary group of women, which came to be known as the Dundee International Women’s Group, set out to visit immigrant families and to offer help in integrating them into the community, particularly by teaching English.

Found a small shop in Church Street to use as a Centre, and the Scottish Council of the Y.W.C.A. of Great Britain agreed to support a part-time worker. They enlisted the co-operation of the Church of Scotland and the Community and Race Relation Units of the British Council of Churches (from several denominations), Religious Society of Friends, the Indian Association and then Dundee Corporations.

An inaugural meeting was held on 13 January 1971, at 9 Church Street, formalising a (voluntary) Support Committee to help and advise as to how to get the money required to run the Centre. This committee consisted of male and female volunteers from a broad range of professional backgrounds and experiences. here are 2 committee members of ethnic minority backgrounds; Dr Saggar (medical doctor) and Mrs Dhir (a business woman) A Working Committee involving volunteers, supported by Janet Forman, formed to help run activities raise funds and support activities at Church Street and Grey Lodge, Five minority ethnic volunteers were then seconded to the working committee; 2 Indian ladies and 3 Pakistani ladies. Volunteers were involved in teaching English, helping fundraising activities such as coffee mornings, Bazaars selling food, nearly new items, Asian food etc.

The Centre was registered on the National Roll of the Y.W.C.A. of Great Britain. The ladies from Guild of the Church of Scotland took DIWC as part of their fundraising project. Through their voluntary fundraising efforts they raised £7,800 some of which enabled the purchase of the new premises at 49 Lyon Street, Dundee.

Church Street premises were due for demolition and, as a result of the New Neighbourhood Project of the Church of Scotland Woman’s Guild, a new centre opened at 49 Lyon Street in early 1973, consisting of a large four-bedroom flat. 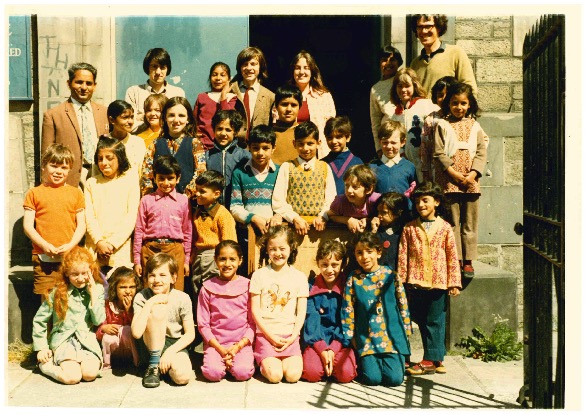 The first full-time Community Worker was appointed, with support from Tayside Regional Council. The Working Committee developed into a working group of volunteers involved in home tutoring and home visits, secretarial work and social activities. The first baking class started this year. 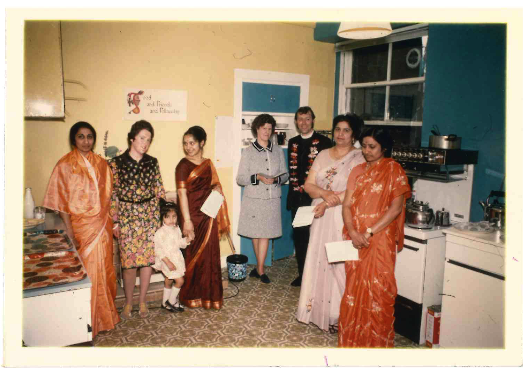 The centre focused on getting people together for shared activity and dialogue. The target group would be local ethnic minorities, as well as the rest of the local population 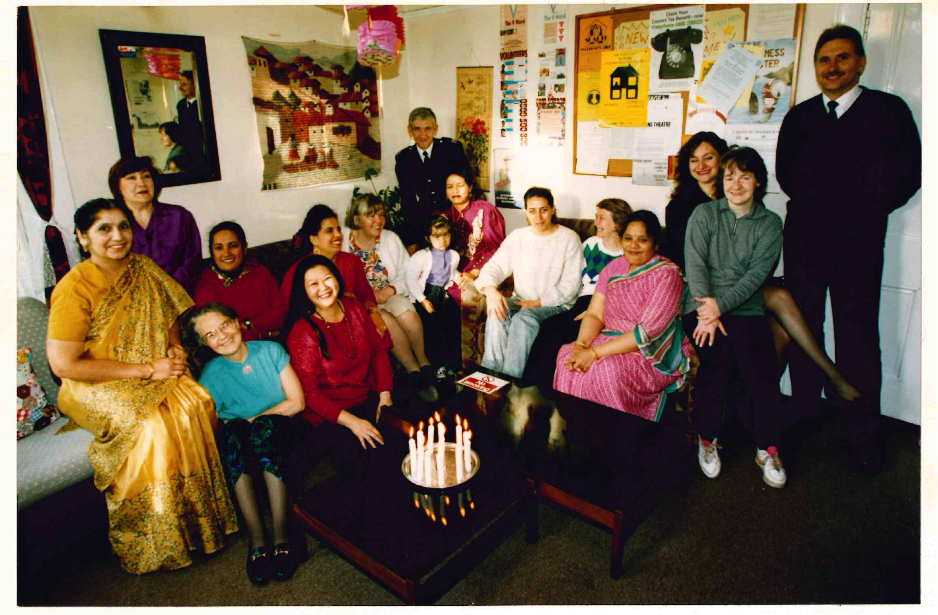 Language classes were moved to Mitchell Street Adult Education Centre. The reason for the move is due to the lack of appropriate space and facilities to adequately provide a good educational environment. 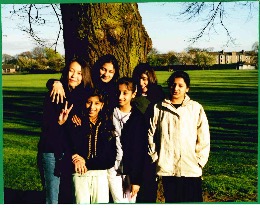 The role of the centre became more social and recreational.

DIWC had their first volunteer coordinator, Gwendoline Talford who was appointed to run the “Finding Yourself Through Volunteering Project”

Dundee International Women’s Centre became an independent Company Limited by Guarantee (Company No. 268081) with independent Charitable Status (SC 014949). As a result the committee is now actively working as an independent Board of Director’s and has taken on full managerial responsibility for the Centre.

The centre moved to a new building in Manhattan Business Park

The Centre provides services for women and young women from a wide range of ethnic origins such as Pakistani, Chinese, Arabic, Iranian, Spanish, Polish etc. We aim to continue focusing on working in a multicultural way through engaging women from diverse ethnic and cultural backgrounds. At present we have over 500 members and are looking to expand this number.