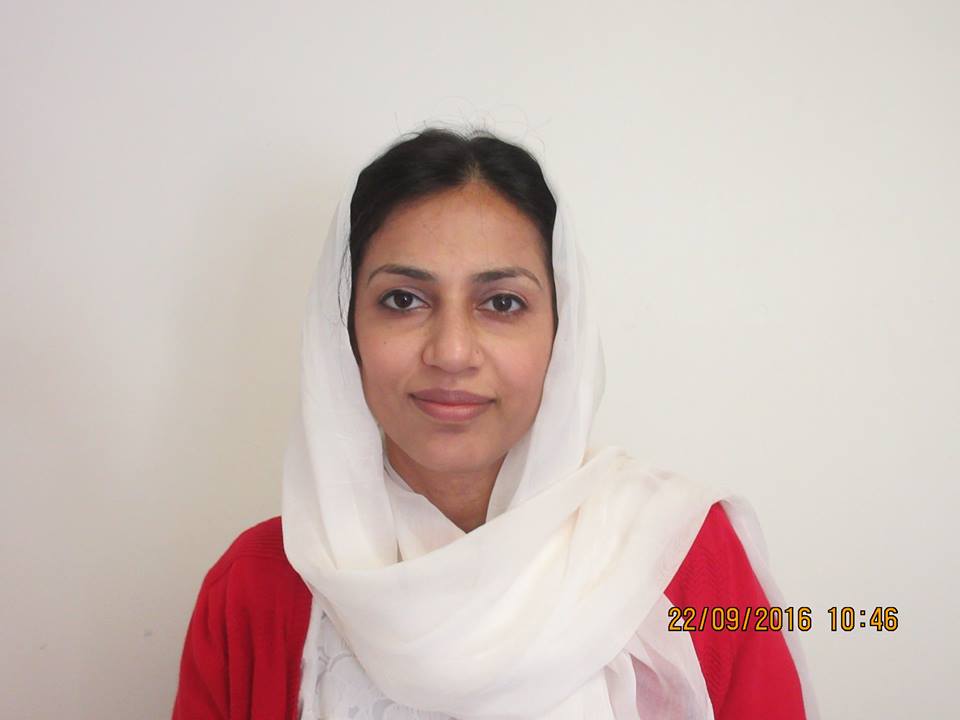 Munaza shares her story about when she moved to Dundee from Pakistan, the difficulties she faced and how joining the DIWC helped her improve her English which helped to build confidence and led her to learn new skills – leading to a position on the Board of Directors!

Having a good education

I came from Pakistan to England to study where I lived with my brother and sister in law for 1 and a half years. I got married and moved to Dundee in 2014. I decided to study in the UK because my brother already lived in England and so I thought it would be best to be with my family.

Before I came to England I didn’t really know exactly what to expect. I only really thought that in the UK there is freedom, independence, and gender equality. Through my time in England, I found that it is largely what I expected.

Difficulties faced and how I overcame them

The hardest thing I found in living in the UK is being far from my family. I was apprehensive how the teachers at University would be and what the people would be like. It was scary at the start but with time I got more confident. Initially, I was a little worried about how I would adjust to living with my in-laws but I found that everyone was very co-operative and friendly. They even gave me lots of opportunities to go out to places and meet people. They introduced me to DIWC.

My childhood in Pakistan was amazing! Sometimes I wish I could relive my childhood. I have 4 brothers and 2 sisters. I’m a middle child but out of the sisters, I’m the youngest.

I initially started coming to DIWC in 2014 but I regularly started coming to classes in 2015. I feel that DIWC has helped to develop my personality, built my confidence and gives opportunities to gain qualifications. When I first started at DIWC I was scared to talk to anyone because English is not my first language. Before when people said to me just speak in English my first thought was that I just can’t. But coming to DIWC has given me the confidence to talk to other people in English. I have recently joined the board of directors of DIWC. This feels a little scary but exciting as well. It’s a new opportunity for me to learn different skills.

My daughter is the most exciting thing in my life right now. I’ve always liked kids but being a mum, words just can’t describe the feeling it’s totally different and beautiful.’