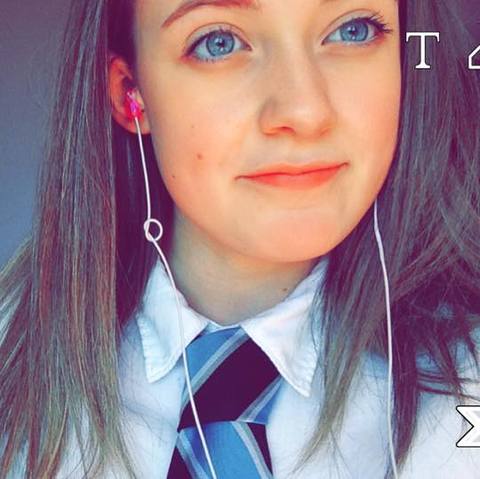 ‘Beauty is in the eye of the beholder’ so why then are we so body-conscious? Here Sophie writes what she thinks about beauty and being body-conscious.

A 14 yr old’s perspective on beauty

Imagine two women walking towards each other on a crowded pavement. One of the women is tall, skinny, and confident and what society would say is beautiful. The other woman is short, curvy and insecure. Both these women have been affected by society’s idea of beauty, stereotypes and body shaming. The second woman has been told by society that she is not beautiful because she doesn’t fit their expectations of the ideal body.

As the women squeeze past each other, they inspect each other and their appearances. The skinny woman strides on with her head held high, feeling skinnier and more beautiful than ever, feeling lucky and thanking God that she is skinny and that she doesn’t look like that other woman. The curvy woman trudges on feeling fat, self-conscious and judged. She hangs her head and stares at the ground wishing and praying that she could look like the woman who just passed her. She feels ugly and like she will never be able to be comfortable in her own skin.

Now imagine that the second woman is your sister, cousin, mother, daughter or maybe even you. 91% of British women said that they are unhappy with their bodies and the way they look. Should people be made to feel self-conscious, insecure and miserable with their shape and size just because they aren’t considered to have the media and societies view of the perfect body?

Peoples’ bodies and sizes are labelled, put into boxes, objectified and discriminated against constantly. Society and the media have decided that if you want to be considered beautiful you have to tick all the right boxes and be exactly what they want you to be. For women to have what is deemed as the perfect body they must be tall, have skinny and long arms and legs, big breasts and bum, wide hips and a tiny waist. Although, hardly any women actually look like this and it is unlikely that a woman would look like this naturally. Millions of women strive to look like this but feel disappointed and defeated when they don’t achieve it. These women have been hypnotized into thinking that this is an achievable goal and that it is realistic that their body can tick every one of these boxes.

People, along with their body shapes and sizes are stereotyped every day. The public believes that because someone is overweight it automatically means that they’re lazy, unemployed, have never heard of a gym and are regulars at McDonald’s, when in fact this is not the case at all. There is a misunderstanding that diet and lifestyle are the only factors that contribute to a person’s weight or size. Everyone is born with a body that is unique to them. No two bodies are the same and yet society is still trying to put pressure on people to all look exactly the same and to not embrace their unique qualities.

It is automatically thought by society that if a person is skinny they are successful, exercise regularly, are on a vegan diet and are generally healthy people. However, this is not always true. Healthy and unhealthy are perceived to be related to fat and skinny. The media is obsessed with thin and skinny people who are apparently healthy but people with curvy and larger bodies are pushed aside and only ever spoken about in a negative way. Overweight people are ridiculed and seen as a joke just because of their weight and size, and on the flip side skinny people are seen as superior and are to be taken seriously.

Size discrimination is a serious problem in the UK but is often ignored and not seen as an issue. A survey carried out in the UK said that 93% of HR professionals would choose a “normal weight” person for a job over an overweight person who had the same qualifications and experience. Even if an overweight person is perfectly capable of doing their job they can still be fired or not hired simply based on their weight. Something about that is extremely wrong and unfair. People, who have what is believed to be a not “normal weight” whether that is to be skinny or overweight, are subject to discrimination.

One of the many reasons so many people feel dissatisfied with their bodies is because of body shaming. Body shaming is defined as inappropriate, negative statements or attitudes towards a person’s weight or size. We are born with a natural confidence and never seem to give the way we look a second thought, let alone think that we look the “wrong” way, yet as we grow older that confidence slowly slips away. It is 2016 but body shaming is still a major issue that doesn’t seem to be disappearing. Society seems to be able to find anything unique and different about a person and pick it apart to turn it into something negative.

It is getting tougher and tougher to be comfortable with who you are and how you look and be yourself without having other people judge and force their opinions onto you. People are now so used to criticising others or being judged themselves that people are starting to think it’s okay and completely normal. When actually it is not, it is incredibly damaging and hurtful. 68% of women blame their body insecurities on other women criticising them. People start believing what others are saying about them and it affects their health because they become self-conscious and insecure.

Society adds an awful amount of pressure on people to be skinny and it affects people from as young as 6 to as old as 106. From a very young age it is ingrained into our heads that to be beautiful you have to be skinny and that being overweight is possibly one of the worst things that could happen to you. People then become fixated on being thin because they think that is what is healthy and beautiful. People put their health at risk because they have been brainwashed to think that everybody’s bodies are supposed to be tiny and skinny. It pushes people to go on insane diets and do an unhealthy amount of exercise just so that they can fit the body ideals. When in fact it is extremely unhealthy and could put people at risk.

The reality is that as long as you’re happy, healthy, and confident in your own skin; size and peoples’ view of the perfect body doesn’t mean a thing. No one body type is beautiful and no one body type is ugly. People and their bodies come in all different shapes and sizes and everyone is unique.

Now imagine two women who live in a world without body shaming, stereotypes and a society that discriminates. The women are walking towards each other on a crowded pavement. As they squeeze past each other they look at each other and smile. Both of the women walk on with their heads held high feeling beautiful and confident, without having to worry about their bodies being put down and judged. Without this negative attitude that people have towards others who don’t look the same as they do, without the idea that there is only one way you can be beautiful, without body shaming, judging, and putting others down to make yourself feel better, the world would be a better place.

This article is written by Sophie