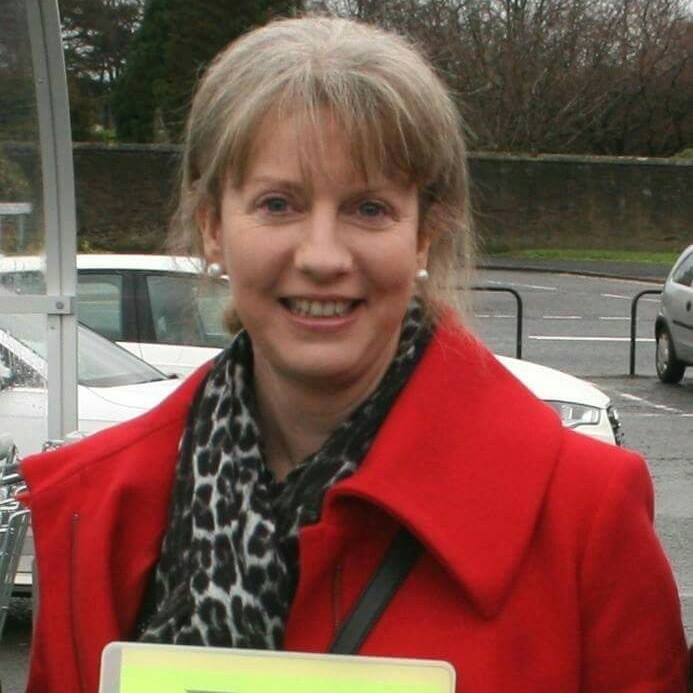 Shona Robinson is the current Cabinet Secretary for Health, Wellbeing &  Sport within the Scottish Government and here she shares her story about how she got into politics and what it means to her as a woman:

Listening to conversations about politics as a child

“I never thought I’d end up a politician. When I was growing up, politics was the last thing on my mind, but when I think about it, it’s not so surprising; mum and dad always talked politics in the house and were politically active themselves. I was always interested in their conversations about various issues around the world and they always talked to me about the idea of justice for all and what’s right and wrong.

Among my earliest memories of these discussions was about the Chilean refugee crisis of the 70’s. I guess that’s where I can trace my political roots to.

I started work as a Community Worker in Glasgow. At that time they were restructuring the services and I got involved in other management roles, eventually becoming a Home Care organiser, which was a huge transition! I loved that job though, it was very focused on practical outcomes and I felt that I was really making a change in people’s lives. I also enjoyed the challenges of managing a

At that time they were restructuring the services and I got involved in other management roles, eventually becoming a Home Care organiser, which was a huge transition! I loved that job though, it was very focused on practical outcomes and I felt that I was really making a change in people’s lives. I also enjoyed the challenges of managing a

I also enjoyed the challenges of managing a multi-million-pound budget and hundreds of staff. That job gave me a great foundation for my current role the Cabinet Secretary for Health and Sports.

Having first-hand experience as a social worker and a home care organiser gives me a better perspective in understanding the issues relating to social care.

Women in politics – entering into the ‘political arena’

I joined the SNP in 1988. At that time it wasn’t a party you joined to become a hotshot politician, you joined because you believed in Independence. We didn’t know there was going to be a Scottish Parliament or even if there were going to be an opportunity to run for office. So it’s kind of been an evolution of opportunities and I’ve put myself forward every chance I got. I feel lucky and honoured to have had the opportunity to implement ideas and the things I believe in and put them into practice.

I think the journey for female politicians can be very different than that of men. For instance, when a woman expresses strong views she is called aggressive but when a man does the same, it’s labelled as being robust. Another example is how the media frequently focuses on what a woman wears and what she looks like; they would never subject that same degree of scrutiny to a male politician’s attire.

Having said that, it’s a lot better than what it used to be. The numbers show there is now a critical mass of female politicians, which can be role models to others. We have a female First Minister and Prime Minister! That sends out a very strong message to girls and female politicians – that this is a job for them and if they want to be in politics, they can go right to the very top.

It’s hard being a mum and having a fulltime job. My daughter Morag was born in 2003 and my parents were instrumental in helping me cope. Sometimes I came to work feeling sad that I left my daughter at home. It’s hard for any working mum to balance the needs of their children and demands of the job. I am very lucky that I always have my family to support me.

What I value most in my life is my family and friends. Of course, the job is a huge part of my life but if I had to order them, my family and friends are always going to come first. That can be difficult to manage even with the best planning; there have been many instances when I had to prioritise work.

Morag has grown up with my job being a very big part of our lives and she has, shall we say ‘expressed her dissatisfaction’ more than once. But over the years I’ve gotten better at my job and I have been able to manage my time better. I have learnt to prioritise my responsibilities and I have managed to find a much better work-life balance.

What does the future have in store?

Looking to the future, there’s still so much more I want to achieve. I’d like to see some of the things we’ve started come to fruition. I would also like to see some fundamental changes in the way we deliver our health and care services. It’s still a work in progress, but we are moving in the right direction.

When I retire I want to travel, I want to see parts of the world I’ve not seen and to just do all the things that I’ve not had the chance to do. Although I turned 50 this year, I still feel young (relatively) and blessed with good health and I want to make sure I stay healthy enough to enjoy doing all these things!”