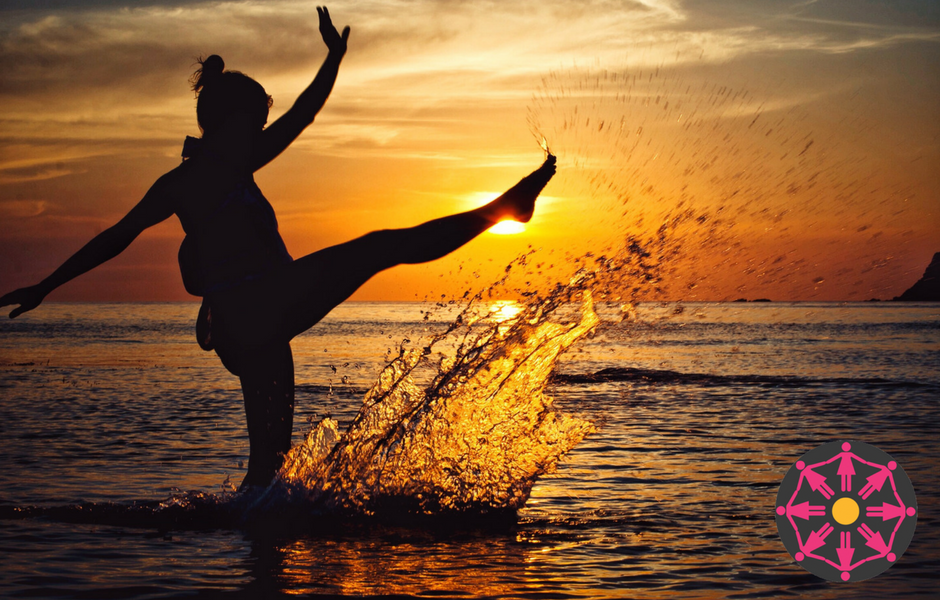 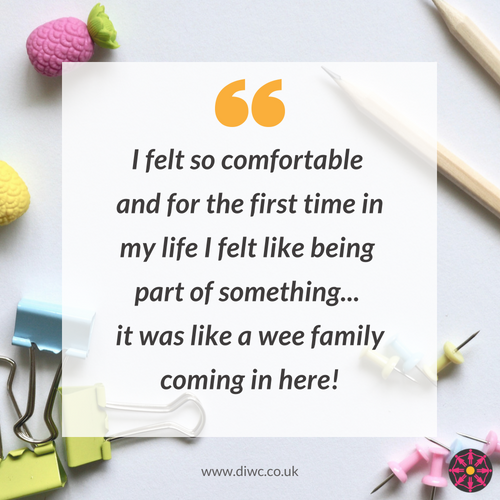 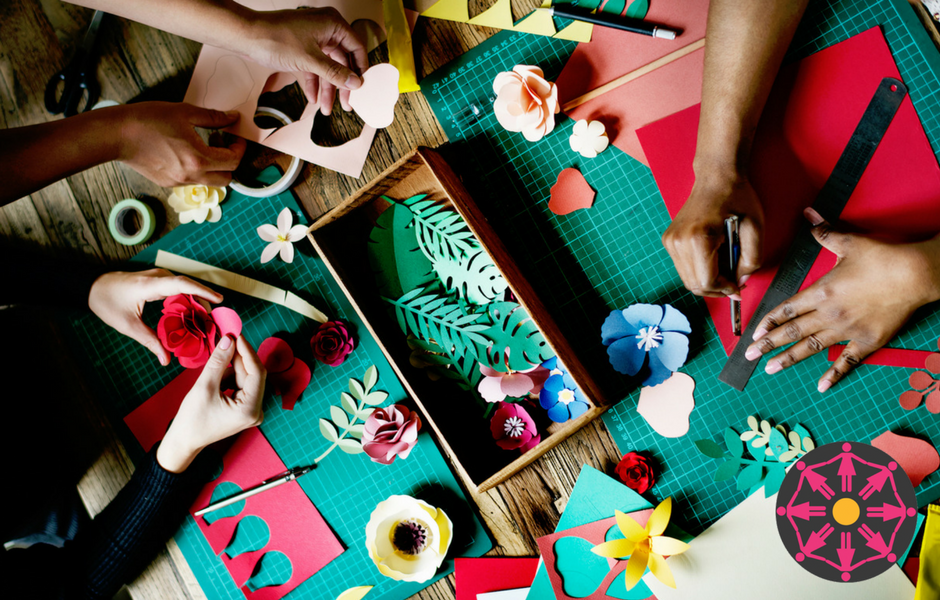 Having started out as a class attendee, Lynne made the decision to share her knowledge and time to become a volunteer at DIWC. This took her from learner to class tutor and she shares her story here.

How it all began

My story started 4 years ago, when I began attending DIWC’s cooking class as a learner. I started the class as a way to cheer myself up and do something a wee bit different. I was experiencing health issues and was feeling really sorry for myself, as my children were growing up fast and didn’t need me as much as when they were younger.

After about a year of attending the class, I was asked if I would like to become a volunteer in the Basic Arts & Crafts class, as I was a very crafty person with many art skills. I jumped at this opportunity!

This started my volunteering journey at DIWC, supporting the learners to take part in art activities in the class. I enjoyed this very much, as the group was very welcoming and friendly. And I was still able to attend my favourite cooking class, as well as volunteering.

How my role evolved into teaching

Over time, I found that, in the cooking class, I began acting as a mentor to new learners. I would take my time to chat with them and encourage them to participate in every session. The teacher noticed this, and offered me a new voluntary role, where I could assist her by supporting all the new learners. I was very pleased at this and it has really helped to increase my confidence and self-esteem.

The Basic Arts & Crafts class evolved from supporting the teacher to becoming the class tutor, where I planned and delivered the art sessions to the learners. I loved this role even more, as it used all my art skills and knowledge. I enjoy watching the learners creating art projects and seeing the pride that they felt once they had finished their project. 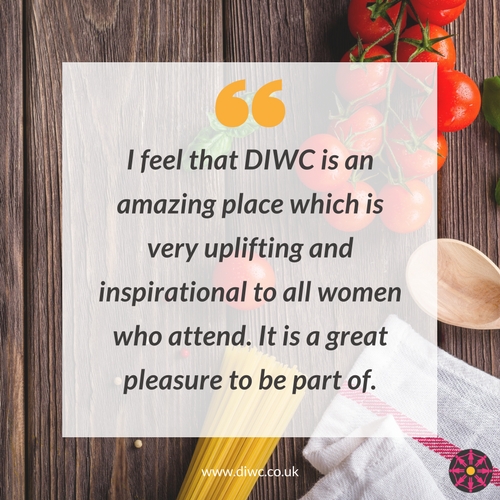 As the Basic Arts & Crafts class was a success, I was asked if I could run a few blocks of crafts recycling sessions. I loved this idea and began volunteering another morning each week at DIWC, delivering Make Do & Mend sessions.

This was a great way for women to learn how to recycle old materials that they had at home. The class was a hit with learners and it now has a permanent place on DIWC’s timetable.

Fundraising so that others can participate in the classes too

Outwith the classes, I recently helped the Volunteer Coordinator to create DIWC’s fundraising group. We meet on a regular basis to plan new ways to raise funds, which will provide opportunities for more women to participate in DIWC classes and events.

As part of this group, I helped to establish the coffee shop as a way to raise money. I bake cakes and sell refreshments several times a week, alongside my other voluntary roles.

I feel that DIWC is an amazing place which is very uplifting and inspirational to all women who attend. It is a great pleasure to be part of. There are many ways you can get involved by donating your time and skills.